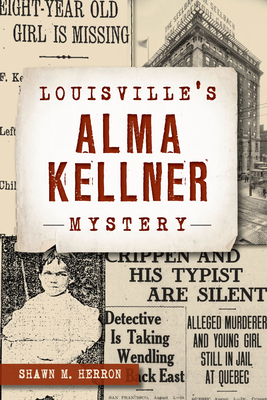 A kidnapping, a brutal murder, an international manhunt, and a diabolical priest... This is the true story of the murder of eight-year-old Alma Kellner.

On a bitterly cold day in December of 1909, young Alma Kellner simply disappeared from the altar of St. John's Church in Louisville. Her body was found four months later near the site of the church, and news of the murder rocked the city. The manhunt for the suspect Louisville police Captain John Carney eleven thousand miles across the country, and even to South America, to return the killer to justice. While a man was tried and convicted to life in prison for the crime, suspicion lingers that the true culprit was the murderous and maniacal Catholic priest Hans Schmidt, the only priest to have ever been executed in the United States. Author Shawn M. Herron details the fascinating story of a tragedy that still remains a source of mystery to this day.