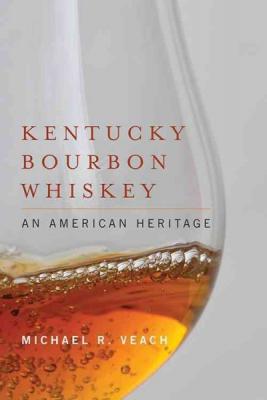 On May 4, 1964, Congress designated bourbon as a distinctive product of the United States, and it remains the only spirit produced in this country to enjoy such protection. Its history stretches back almost to the founding of the nation and includes many colorful characters, both well known and obscure, from the hatchet-wielding prohibitionist Carry Nation to George Garvin Brown, who in 1872 created Old Forester, the first bourbon to be sold only by the bottle. Although obscured by myth, the history of bourbon reflects the history of our nation. Historian Michael R. Veach reveals the true story of bourbon in Kentucky Bourbon Whiskey. Starting with the Whiskey Rebellion of the 1790s, he traces the history of this unique beverage through the Industrial Revolution, the Civil War, Prohibition, the Great Depression, and up to the present. Veach explores aspects of bourbon that have been ignored by others, including the technology behind its production, the effects of the Pure Food and Drug Act, and how Prohibition contributed to the Great Depression. The myths surrounding bourbon are legion, but Veach separates fact from legend. While the true origin of the spirit may never be known for certain, he proposes a compelling new theory. With the explosion of super-premium bourbons and craft distilleries and the establishment of the Kentucky Bourbon Trail, interest in bourbon has never been higher. Veach shines a light on its pivotal place in our national heritage, presenting the most complete and wide-ranging history of bourbon available.

Michael R. Veach is associate curator of Special Collections at the Filson Historical Society. He is a bourbon historian and a member of the Kentucky Bourbon Hall of Fame.