The Cutting Season: A Novel (Hardcover) 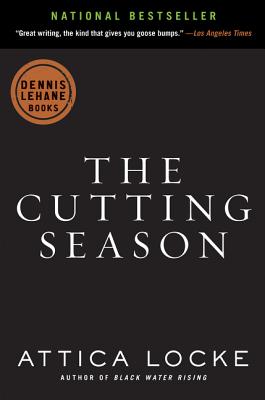 By Attica Locke
Email or call for price.
Hard to Find

From Attica Locke, a writer and producer of FOX’s Empire:

“The Cutting Season is a rare murder mystery with heft, a historical novel that thrills, a page-turner that makes you think. Attica Locke is a dazzling writer with a conscience.”—Dolen Perkins-Valdez, New York Times bestselling author of Wench

After her breathtaking debut novel, Black Water Rising, won acclaim from major publications and respected crime fiction masters like James Ellroy and George Pelecanos, Locke returns with The Cutting Season, a second novel easily as gripping and powerful as her first—a heart-pounding thriller that interweaves two murder mysteries, one on Belle Vie, a historic landmark in the middle of Lousiana’s Sugar Cane country, and one involving a slave gone missing more than one hundred years earlier. Black Water Rising was nominated for a Los Angeles Times Book Prize, an Edgar® Award, and an NAACP Image Award, and was short-listed for the Orange Prize in the U.K.

Attica Locke is the author of Black Water Rising, which was nominated for an Edgar Award, an NAACP Image Award, and a Los Angeles Times Book Prize, and was short-listed for the UK’s Orange Prize, and also the national bestseller The Cutting Season, which won an Ernest Gaines Award for Literary Excellence. She is a producer and writer on the Fox drama Empire. She is on the board of directors for the Library Foundation of Los Angeles, where she lives.

“One of the most engaging and gifted new voices in the genre. . . . The Cutting Season does more than exhume a body—it rattles the bones of slavery, race, class, and power to examine a crime that reverberates from more than a century ago.”
— Atlanta Journal-Constitution

“The impressively astute Attica Locke writes . . . in much the same way that Mr. Lehane [does]. . . . Each is willing to use the murder mystery as a framework for much more ambitious, atmospheric fiction.”
— New York Times

“Compelling. . . . A mystery that expands the whole idea of the mystery, reaching from the present deeply into the past. . . . Great writing, the kind that gives you goose bumps.”
— Los Angeles Times

“Although The Cutting Season succeeds as a thriller, above all it is a well-crafted warning about the damage wrought—generational, social, romantic—when the past is distorted or denied.”
— Financial Times

“A thoughtful, well-written and absorbing read with a surprising ending.”
— Minneapolis Star Tribune

“I was first struck by Attica Locke’s prose, then by the ingenuity of her narrative and finally and most deeply by the depth of her humanity. She writes with equal amounts grace and passion. . . . I’d probably read the phone book if her name was on the spine.”
— Dennis Lehane

“The Cutting Season is a rare murder mystery with heft, a historical novel that thrills, a page-turner that makes you think. Attica Locke is a dazzling writer with a conscience.”
— Dolen Perkins-Valdez, New York Times bestselling author of Wench

“The Cutting Season is a novel about the shifting definitions of family, the persistent pull of history, the sterling promise of home, and the stunning power of love. It pulled me in and held me close to the very last page.”
— Tayari Jones, author of Silver Sparrow