Visitors say: "Now, this is a real bookstore!" 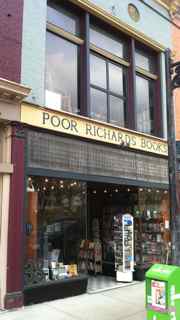 Welcome to Poor Richard's Books, home of thousands of books, across from the state's beautiful Old Capitol building.

Looking for a good book to dive into?  We are open for browsing and doing curbside delivery in front of the store.  We can send books to you, your friend or relative in another town or state. To arrange for curbside give us a call! (502) 223-8018.

Whichever way you choose to shop with us please know we appreciate your support as we continue to try and find a new "normal" like everyone else.

Keep those pages turning and be safe! 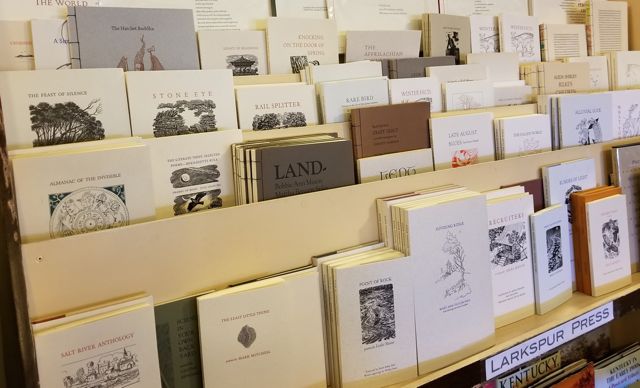 Each book is a work of art. The type is hand-set; the pages hand-sewn.

Our selection includes works of poetry and prose, including:

Hot off the press!  One of Us (1949), Wendell Berry engravings by Joanne Price 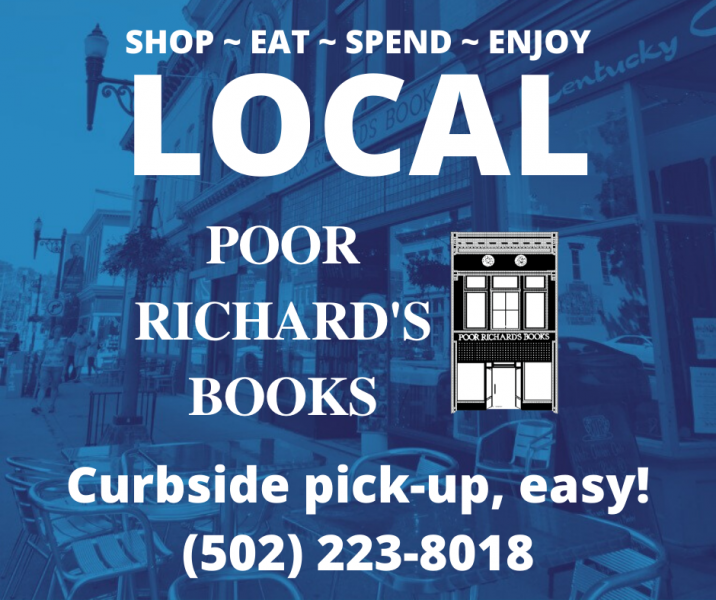 You can also support local businesses by purchasing a

at your favorite participating retailer or restaurant. 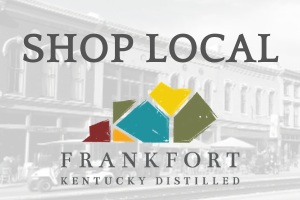 Silas House will be at the Paul Sawyer Public Library Sunday, October 9 at 2 p.m. He will be signing his latest work, Lark Ascending, which is available starting September 27.

A riveting story of survival and hope, set in the not-too-distant future, about a young man forced to flee the United States and seek refuge across the Atlantic. As fires devastate most of the United States, Lark and his family secure a place on a refugee boat headed to Ireland, the last country not yet overrun by extremists and rumored to be accepting American refugees. But Lark is the only one to survive the trip, and once ashore, he doesn't find the safe haven he'd hoped for. As he runs for his life, Lark finds an abandoned dog who becomes his closest companion, and then a woman in search of her lost son. Together they form a makeshift family and attempt to reach Glendalough, a place they believe will offer protection. But can any community provide the safety that they seek? For readers of novels such as Station Eleven, The Dog Stars, and Migrations, Lark Ascending is a moving and unforgettable story of friendship, family, and healing.

Click on this photo to read the New Yorker Magazine's interview with Wendell Berry.

Check out this video featuring our store!

END_OF_DOCUMENT_TOKEN_TO_BE_REPLACED

This feature require that you enable JavaScript in your browser.
END_OF_DOCUMENT_TOKEN_TO_BE_REPLACED

This feature require that you enable JavaScript in your browser.
END_OF_DOCUMENT_TOKEN_TO_BE_REPLACED

This feature require that you enable JavaScript in your browser.
END_OF_DOCUMENT_TOKEN_TO_BE_REPLACED

This feature require that you enable JavaScript in your browser.
END_OF_DOCUMENT_TOKEN_TO_BE_REPLACED